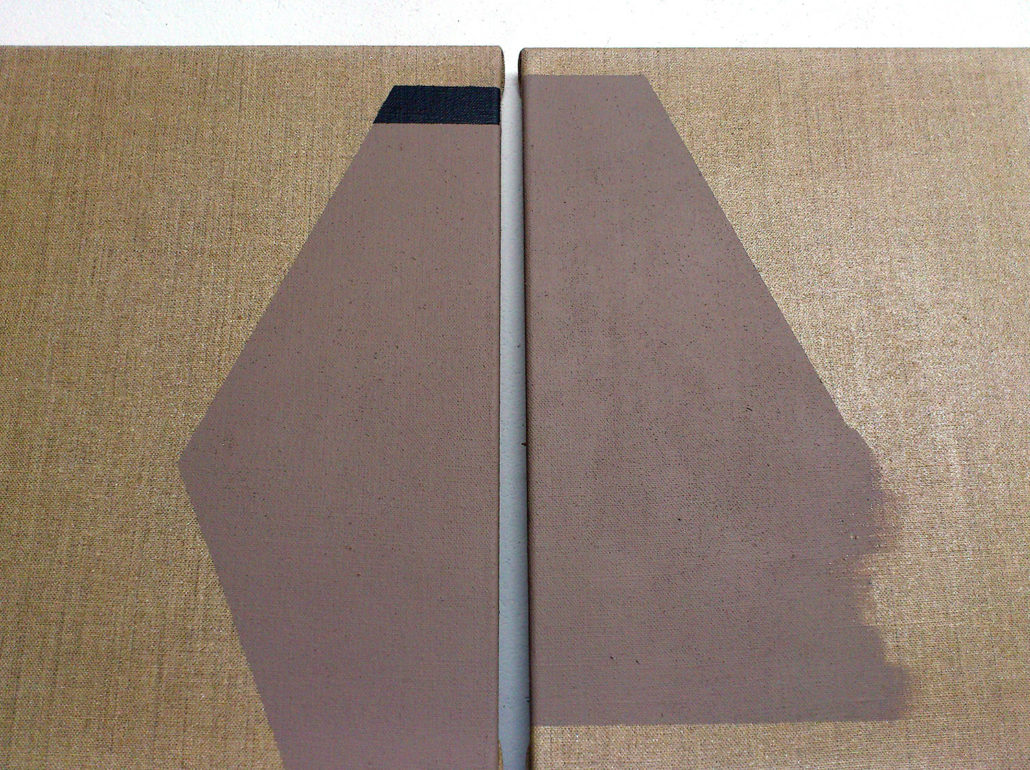 Looking back at my artworks, I often notice a sort of conflict between two disparate approaches. One is more organized and geometric, focusing on careful planning and simplified forms, whereas the other relies on spontaneity and freedom of gesture. These ways of expression can be seen as contradictory, but I also firmly believe that fighting this dualism would be counterproductive. Instead, perhaps it’s worth taking advantage of it?

Today I’d like to focus on the first of those artistic directions, i.e. my constant tendency to plan and geometrize.

I’m drawn to geometric art both in its form and substance. There is a universal meaning in geometric representations which reaches down to the bottom of metaphysics. Geometry rebels against chaos, forcing us to reflect on the natural order of the world and its laws.

On the other hand, the form is fascinating in and of itself, as an instinctively recognizable way of arranging lines and shapes. It might arise from intuition or mathematics – but does its origin really matter?

In the end, geometric art may be somewhat inaccessible on the surface, but its language and the concepts it expresses are timeless and universal.